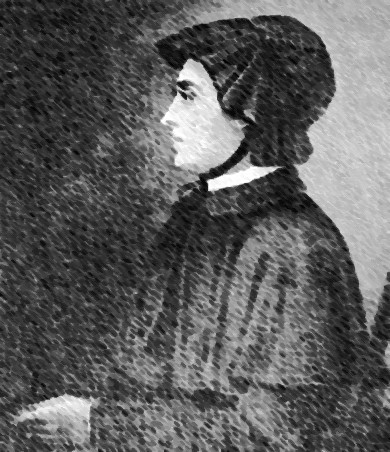 Yes, Venerable Brothers and beloved sons and daughters! Elizabeth Ann Seton is a Saint! We rejoice and we are deeply moved that our apostolic ministry authorizes us to make this solemn declaration before all of you here present, before the holy Catholic Church, before our other Christian brethren in the world, before the entire American people, and before all humanity. Elizabeth Ann Bayley Seton is a Saint! She is the first daughter of the United States of America to be glorified with this incomparable attribute! But what do we mean when we say: «She is a Saint»? We all have some idea of the meaning of this highest title; but it is still difficult for us to make an exact analysis of it. Being a Saint means being perfect, with a perfection that attains the highest level that a human being can reach. A Saint is a human creature fully conformed to the will of God. A Saint is a person in whom all sin-the principle of death-is cancelled out and replaced by the living splendor of divine grace. The analysis of the concept of sanctity brings us to recognize in a soul the mingling of two elements that are entirely different but which come together to produce a single effect: sanctity. One of these elements is the human and moral element, raised to the degree of heroism: heroic virtues are always required by the Church for the recognition of a person's sanctity. The second element is the mystical element, which express the measure and form of divine action in the person chosen by God to realize in herself-always in an original way-the image of Christ (Cfr. Rom. 8, 29).

The science of sanctity is therefore the most interesting, the most varied, the most surprising and the most fascinating of all the studies of that ever mysterious being which is man. The Church has made this study of the life, that is, the interior and exterior history, of Elizabeth Ann Seton. And the Church has exulted with admiration and joy, and has today heard her own charism of truth poured out in the exclamation that we send up to God and announce to the world: She is a Saint! We shall not now give a panegyric, that is, the narrative which glorifies the new Saint. You already know her life and you will certainly study it further. This will be one of the most valuable fruits of the Canonization of the new Saint: to know her, in order to admire in her an outstanding human figure; in order to praise God who is wonderful in his saints; to imitate her example which this ceremony places in a light that will give perennial edification; to invoke her protection, now that we have the certitude of her participation in the exchange of heavenly life in the Mystical Body of Christ, which we call the Communion of Saints and in which we also share, although still belonging to life on earth. We shall not therefore speak of the life of our Saint Elizabeth Ann Seton. This is neither the time nor the place for a fitting commemoration of her.

But at least let us mention the chapters in which such a commemoration should be woven. Saint Elizabeth Ann Seton is an American. All of us say this with spiritual joy, and with the intention of honoring the land and the nation from which she marvellously sprang forth as the first flower in the calendar of the saints. This is the title which, in his original foreword to the excellent work of Father Dirvin, the late Cardinal Spellman, Archbishop of New York, attributed to her as primary and characteristic: «Elizabeth Ann Seton was wholly American»! Rejoice, we say to the great nation of the United States of America. Rejoice for your glorious daughter. Be proud of her. And know how to preserve her fruitful heritage. This most beautiful figure of a holy woman presents to the world and to history the affirmation of new and authentic riches that are yours: that religious spirituality which your temporal prosperity seemed to obscure and almost make impossible. Your land too, America, is indeed worthy of receiving into its fertile ground the seed of evangelical holiness. And here is a splendid proof-among many others-of this fact.

May you always be able to cultivate the genuine fruitfulness of evangelical holiness, and ever experience how-far from stunting the flourishing development of your economic, cultural and civic vitality -it will be in its own way the unfailing safeguard of that vitality. Saint Elizabeth Ann Seton was born, brought up and educated in New York in the Episcopalian Communion. To this Church goes the merit of having awakened and fostered the religious sense and Christian sentiment which in the young Elizabeth were naturally predisposed to the most spontaneous and lively manifestations. We willingly recognize this merit, and, knowing well how much it cost Elizabeth to pass over to the Catholic Church, we admire her courage for adhering to the religious truth and divine reality which were manifested to her therein. And we are likewise pleased to see that from this same adherence to the Catholic Church she experienced great peace and security, and found it natural to preserve all the good things which her membership in the fervent Episcopalian community had taught her, in so many beautiful expressions, especially of religious piety, and that she was always faithful in her esteem and affection for those from whom her Catholic profession had sadly separated her.

For us it is a motive of hope and a presage of ever better ecumenical relations to note the presence at this ceremony of distinguished Episcopalian dignitaries, to whom-interpreting as it were the heartfelt sentiments of the new Saint-we extend our greeting of devotion and good wishes. And then we must note that Elizabeth Seton was the mother of a family and at the same time the foundress of the first Religious Congregation of women in the United States. Although this social and ecclesial condition of hers is not unique or new (we may recall, for example, Saint Birgitta, Saint Frances of Rome, Saint Jane Frances Fremiot de Chantal, Saint Louise de Marillac), in a particular way it distinguishes Saint Elizabeth Ann Bayley Seton for her complete femininity, so that as we proclaim the supreme exaltation of a woman by the Catholic Church, we are pleased to note that this event coincides with an initiative of the United Nations: International Women's Year. This program aims at promoting an awareness of the obligation incumbent on all to recognize the true role of women in the world and to contribute to their authentic advancement in society. And we rejoice at the bond that is established between this program and today's Canonization, as the Church renders the greatest honor possible to Elizabeth Ann Bayley Seton and extols her personal and extraordinary contribution as a woman -a wife, a mother, a widow, and a religious.

May the dynamism and authenticity of her life be an example in our day-and for generations to come-of what women can and must accomplish, in the fulfillment of their role, for the good of humanity. And finally we must recall that the most notable characteristic of our Saint is the fact that she was, as we said, the foundress of the first Religious Congregation of women in the United States. It was an offspring of the religious family of Saint Vincent de Paul, which later divided into various autonomous branches-five principal ones-now spread throughout the world. And yet all of them recognize their origin in the first group, that of the Sisters of Charity of Saint Joseph's, personally established by Saint Elizabeth Seton at Emmitsburg in the Archdiocese of Baltimore. The apostolate of helping the poor and the running of parochial schools in America had this humble, poor, courageous and glorious beginning. This account, which constitutes the central nucleus of the earthly history and vorldwide fame of the work of Mother Seton, would merit a more extended treatment. But we know that her spiritual daughters will take care to portray the work itself as it deserves.

And therefore to these chosen daughters of the Saint we direct our special and cordial greeting, with the hope that they may be enabled to be faithful to their providential and holy institution, that their fervor and their numbers may increase, in the constant conviction that they have chosen and followed a sublime vocation that is worthy of being served with the total gift of their heart, the total gift of their lives. And may they always be mindful of the final exhortation of their Foundress Saint those words that she pronounced on her deathbed, like a heavenly testament, on January 2, 1821: «Be children of the Church». And we would add: for ever! And to all our beloved sons and daughters in the United States and throughout the entire Church of God we offer, in the name of Christ, the glorious heritage of Elizabeth Ann Seton. It is above all an ecclesial heritage of strong faith and pure love for God and for others-faith and love that are nourished on the Eucharist and on the Word of God. Yes, brethren, and sons and daughters: the Lord is indeed wonderful in his saints. Blessed be God for ever!